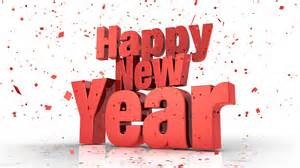 If you’ve ever read this Blog you probably noticed that its been very inactive for the last year or so.  So I’ve decided with the new year to rededicate myself to putting some posts out here.  I decided if I was going to do that I was also going to freshen things up with a new look.  In addition to freshening things up and changing the colors there are also some other new enhancements.  The new theme I now using supports “responsive design”.  Here’s how the site looks on my Windows 8.1 phone:

Its much easier to read then it used to be with my previous theme. So if you like reading Blogs on your mobile device, like a tablet or a phone, you’ll find that the layout of the site now adapts to the lower screen real estate available on those devices.

But in addition to a new look I also want to start writing posts with meaningful information and workarounds. I’ll be starting that off in the next week with a series that examines the concept of “External Sharing” in Office 365.  I’ve done a couple talks on the subject recently and some of the attendees commented that they hadn’t seen some of the details I presented anywhere else.  I promised I would write a post or two on the subject, so I’ll start sharing those with you soon.  Hope you have a Happy New Year and I hope you like the new look of the site.