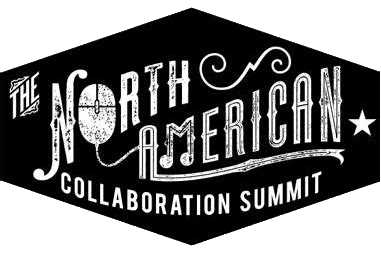 The North American Collaboration Summit (NACS) concluded last weekend in Branson, MO. This is one of the great small SharePoint conferences in the US and I always look forward to attending. It fell again this year on the weekend before the MVP Summit in Redmond at Microsoft, so travel arrangements were complex.  But it was well worth the effort. Most of my sessions were well attended and the one highly technical session that had a low turnout probably had the highest interest from the attendees who were there.  It was a pleasure to feel that I was sharing information that people really wanted to learn about.  It was also great to spend time with a number of long time friends who were also presenting.

I promised to make my slides available, so I’ve uploaded them here.  Sorry for the delay, but getting anything extra accomplished while at the MVP Summit is almost impossible. If you have any follow-up questions please email me at pstork@dontpapanic.com.  You can download a copy of the slides from each talk using the links below:

Intro To OneDrive NextGen Sync: What is it, how it works, and can I manage it?

I really enjoyed my time at the Dogfood Conference in Columbus on Friday. The attendees were great and my talk on OneDrive Sync was well attended. There were lots of questions, but I was still able to power through my slides and the demos.  I want to express my thanks to the conference organizers and the attendees for the wonderful conference. I really enjoyed myself and I hope to be invited back to speak again next year.

I promised attendees that I would post the slides, so I’ve uploaded them here.  If you didn’t get a chance to respond to the survey I posted you can also find a link to that here:

Slides – Intro To OneDrive Next Gen Sync: What is it, how does it work, and can I manage it?

An update to the OneDrive Next Gen Sync client that rolled out beginning in early January has limited where you can place the sync folder for your OneDrive files.  The target is now required to be a New Technology File System (NTFS) formatted drive.  When commenting on this Microsoft says that non-NTFS drives have never been supported, but that the client didn’t check in the past.  The change, according to Microsoft, is just tightening up the error checking in the OneDrive client and not implementation of a new feature.  According to Microsoft that’s why the change was released with no notice. It should be noted that OneDrive system requirements don’t list the NTFS limitation.  Resilient File System (REFS), Microsoft’s newest formatting, is also not supported.  User’s should plan to update the format of their drives to NTFS if they plan to use the OneDrive Next Gen Sync client.